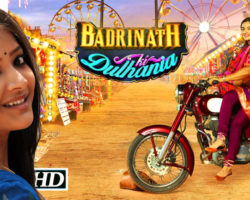 Shweta Basu Coming Back To Bollywood:

Shweta basu to play a role in Bhadrinath ki dulhaniya and guess what she plays a role of Actor Varun Dhawan’s Bhaabi in the movie, besides Gauhar khan and the other actors are playing a vital roles in this movie and also in roots.

Actress shweta basu is a well known actor in Bollywood industry as she started her career as the child actress and played a primary role in the movies like Iqbal and Makdee. Shweta Basu is first seen in IQbal movie playing a lead role as a sister of Iqbal and sharing the screen with Nasiruddin Shah where he is playing a role of a retired coach as a tutor for her brother where she helps her brother understand with the sign language as her brother is deaf and mute boy.

It will be intresting to see Shweta basu playing a role of Bhabhi of Varun Dhawan.

Shweta basu won National Award for Best Child Actor in her role in Makdee at her age 11yrs and it’s a vishal Bhadwaj movie Makdee. In early she was seen in movie as a child actor that’s a different role audience saw her and now its completely bold and well grown actress with lot of acting skills in her and now she plays a role of hero’s Sister-in-law Shashank Khaitan’s Varun Dhawan and Alia bhatt Starrer which is romantic drama movie in which Varun Dhawan will be in search for her Dulhania.