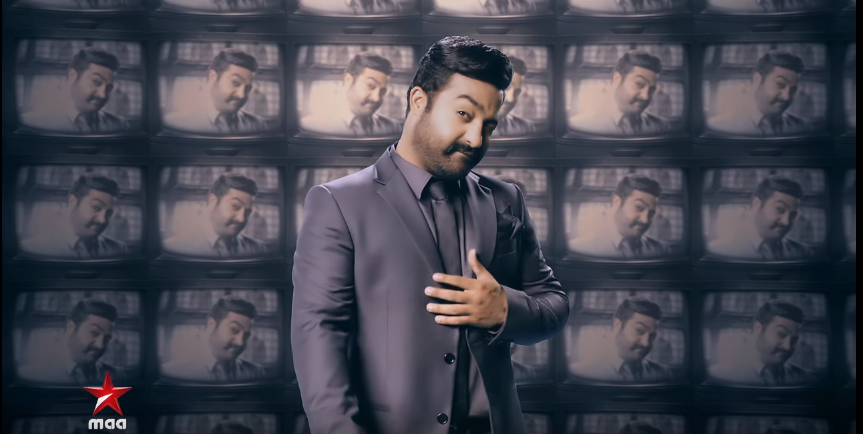 The most popular television reality show Big Boss which already made a completion of 10 series in Hindi which is hosted by Bollywood biggest star Salman Khan from 2006 and in kannada which is presently hosted by Sudeep. Big Boss Tamil which is hosted by Southern Superstart Kamal Hassan is started recently and audience are loving this show and kamal Hassan as a host makes more excited in Tamil Big Boss.

Makers of Big Boss house Telugu released a new promo announcing the date of airing the first telecast of the most excited television show will start on July 16th and Jr Ntr seen in new promo will make you more excited in telugu big boss show. Makers with their own formula and own set of style of big boss in telugu made a first glimpse of how this show goes and what happens in big boss giving audience an intro in new telugu big boss house promo making a note leaving to audience what happens next in big boss is unexpected and excited.

Big Boss makers released a grand intro of how big boss telugu will go and giving a little intro of having 60 cameras in the big boss house telugu for 71 days with 12 participants and participants names are not yet out keeping it a secret and making the excitement more and more.

Show will start on 16 th july with the intro of 12 participants entering the house of telugu big boss and for every week with the nominations as per the performance and tasks given by the big boss and selecting the captain of the house games and politics and back biting, fights, love, hate and abusive lingo everything what not will be seen for the first time in Big boss house telugu with the host jr.Ntr as the game starts from 16th july.

Released promo of big boss telugu with a date of 16 th july is making more and more expectation high with the host Jr.Ntr and it is the first time big boss is having a Big Boss house in telugu. There will be lot of controversies and known and unknown secrets and real behavior of participants will be seen which starts soon on Sunday.