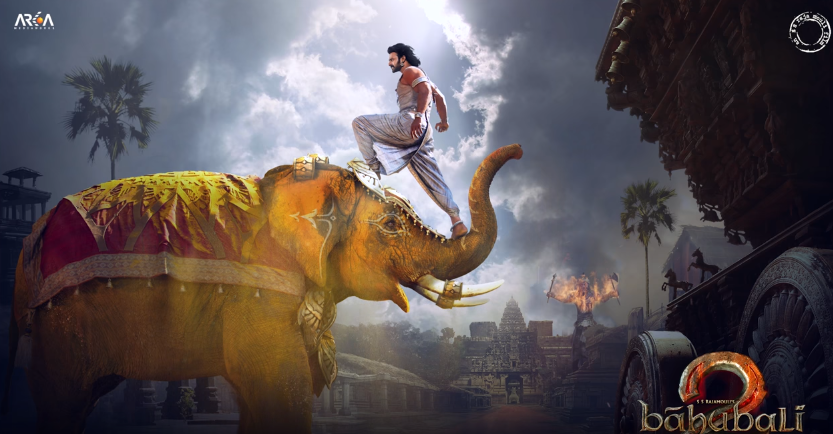 Baahubali 2 The conclusion is the most very enthusiastic and willingly, impatiently and patiently and very anticipated awaiting movie of the year since the release of Baahubali : The Beginning. As every one is excited for the reason who killed Baahubali, “Why katappa killed Baahubali”. What is the reason of katappa Killing Baahubali in the first part. Katappa loves Baahubali from his bottom of the heart, what made kattapa to kill Baahubali.

To know what happens in the movie all we have to do is wait and watch in big cinemas, and the day is no longer far away.

A special thanks to Baahubali Director which made the huge story with massive powerful background flashback and enormous, massive and huge star cast which made to see a very simple. A great and dedicated hard work of each and everyone which made Baahubali a huge success which made it very simple to see but it was not easy when u see the sets of Baahubali the beginning every one surprised each and every part of movie which is shot with the visual effects, pitcuriezed and made it possible was very tough for the other directors to see but dedication and team work by all the members and star cast and each and every team member of Baahubali team made it possible to see this legendary movie making a history.

The makers of the movie gave goosbumps to the audience earlier with the first motion poster Prabhas the lead role The Baahubali appearing in the motion poster with a thunderstorms coming in his way , with a knife the special sword of Baahubali in had and the chain wristed and catchy in the hands with a flow of chain who is ready to kill in war who comes in between with a serious war in look with a massive and power full background music and the lyrics are straight forward as it is Baahubali is on his way.

The first Motion poster which is much awaited the makers gave a gimps and goosebumps and an idea how Baahubali is coming in the second part of the Baahubali the conclusion series which is much appreciated by all the audience.

The second Motion poster of Baahubali The conclusion was released on the occasion of Shivratri as the Baahubali is the huge bhakth of Lord Shiv and Prabhas in his one character was also named as Shivudu.

In second Motion poster of Baahubali 2 prabhas as in Baahubali was seen and which is much less than breath taking standing on the Mighty elephant adding with the boosting background music. On the occasion of shivratri which made audience heart warming and breath taking.

Anushka Shetty in Baahubali 2 The Conclusion:

Anushka and Prabhas : Bahubhali with Devasena:

Ansuhka Shetty was seen playing a role of old lady who was tied and made prison in the Mahishmati kingdom by Ballala Deva and finally he will be released from the kingdom by his son Shividu look a like same as The Baahubali.

Everyone loved the look of King Bhallaladeva in the Baahubali the beginning and here is the Stunning and deadly and scary and serious look with his gadh in the poster which made audience go crazy with his looks as King Bhallaldeva.

The look of Bhallaladeva was designed perfectly which suited him more better and gives a scary look of a powerful king bhallaladeva and looks good on Rana.