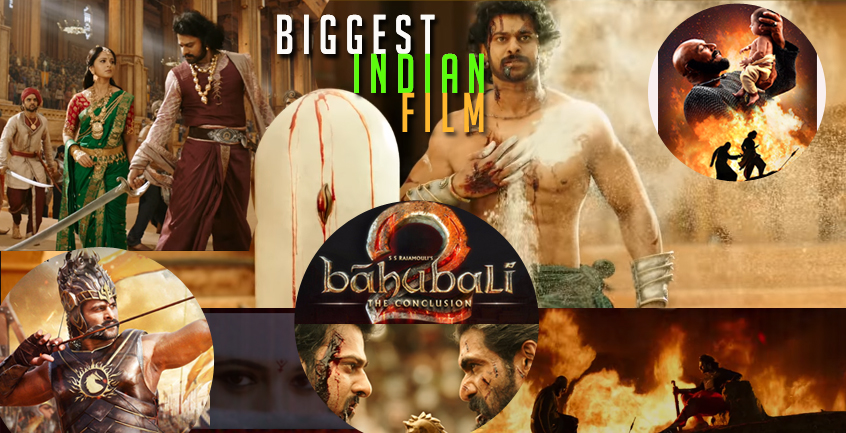 Baahubali 2 The conclusion the biggest Indian film ever till now and its much awaited and most anticipated movie the whole world is waiting to watch is released last week. The Baahubali stars Prabhas, Rana Daggubati, Anushka Shetty, Tamanna which is directed by SS Rajamouli.

Baahubali 2 the conclusion part after the release of Baahubali : The Beginning it’s the extremely anticipated movie whole world is waiting for its release and each and every one including top most directors are excited and cant wait to watch movie and find out why Kattappa killed baahubhali. The fans of baahubali 2 assemble and get tickets and watch it in theatres.

As expected Baahubali 2 is shattering the box office shaking box office with collections and its no khan in this movie still its breaking all the records and rewriting its own records which is unable to break by any other movie. Baahubali 2 is set to be and admired as the Best Indian Film ever till now.

Baahubali Breaks all records till now:

The collections of baahubali 2 the conclusion movie is highly imaginable and its still making records day by day with an approximate % of increase day by day and leaving everyone in surprise. It collected more than any khan movie from Bollywood. The Bollywood dubbed version of Baahubali 2 the conclusion already broke all the records which were set by the three khans of bollywood. There is no khan in this movie still it breaks and it has the different plot as the hype and excitement of the movie is already very high.

The four days collection of Baahubali 2 records till now is around 625 cr all over the world.