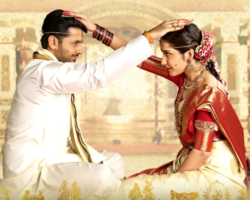 Raashi khanna and nithiin are playing for the first time along side in this movie srinivasa kalyanam film 2018.

Srinivasa Kalyanam film first look and motion poster released by the makers and posters and teaser looks very promising and with the marriage look of bride and groom is too beautiful both raashi khanna and Nithiin looks are stunning with beauty with simple looks.

Srinivasa kalyanam movie release date is not yet revealed by the makers of this movie as the shooting of this movie just started in March 2018.