First Look of Haseena: The Queen Of Mumbai , Shraddha Kapoor 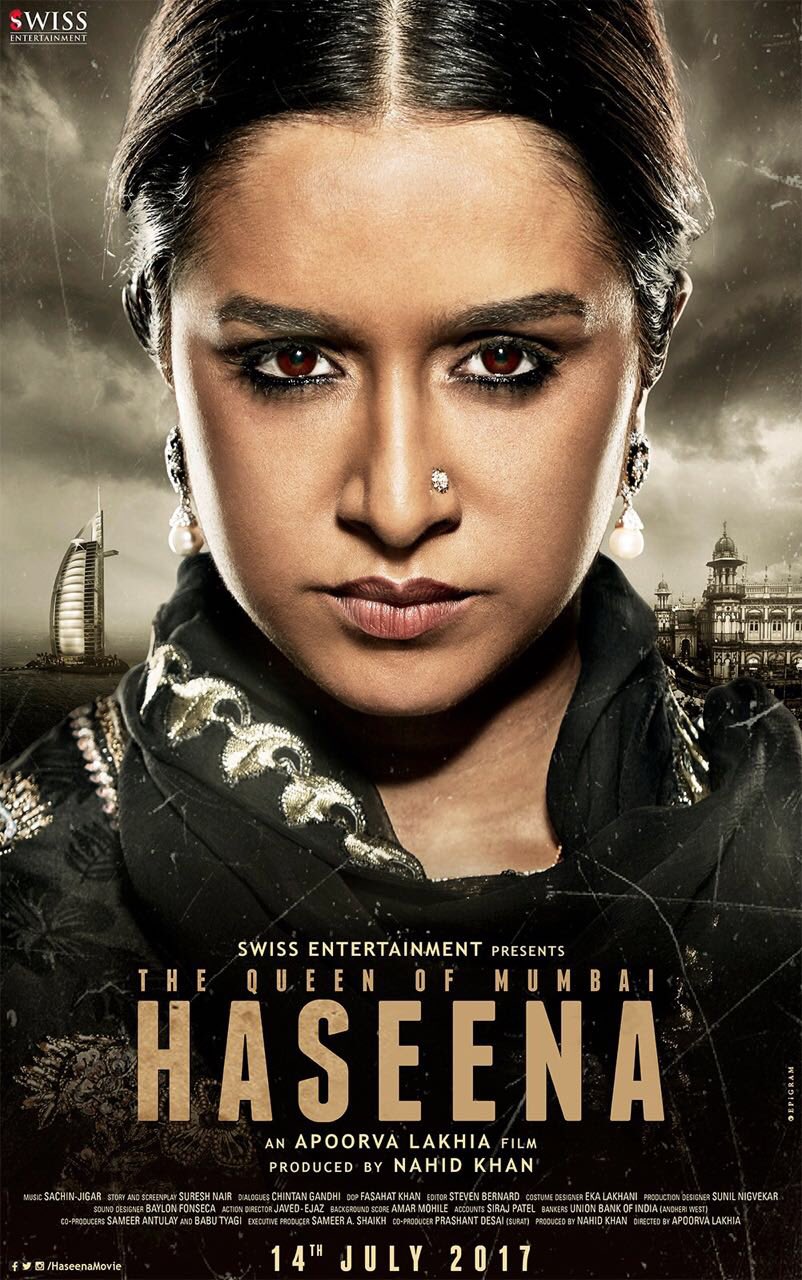 First Look of Haseena: The Queen of Mumbai

Haseena is an upcoming movie of Shraddha Kapoor, the first look of the poster has been released and receiving lot of appreciation from all over and gained attention of all celebrities and king of audience from the industry. Shraddha Kapoor recently shared the first glimpse of her look on instagram.

Shraddha kapoor in the poster looks she put on with a black dress with pearl earrings and nose pins, and having a minimal make up and mascara(Kohled) eyes. Shraddha is seen in a new look she is stealing all the show with the poster.

Here is look of Shraddha Kapoor as Haseena : The Queen of Mumbai:

Shraddha kapoor is looking stunning and deadly looks made every one to look at the poster keen yeah that’s shraddha kappor only, she can play these kind of roles also in Bollywood movies and looks in the poster with a serious look, as she will pe playing a role of a leading lady of Mafia world Dawood Ibrahimm’s Sister Haseena Parkar.

A Dancer in ABCD 2 movie with her groovy moves and steps and the bubbly girl who recently played a role in Mani Ratnam’s Ok Jaanu, joined her steps with Ar.Rahman’s legendary song “Humma Humma” with her sizzling moves, and now she plays a roel of a leading lady of underworld mafia, a serious role of Haseena Parker under world don Dawood Ibrahim sister.

Siddhanth Kapoor as Dawood in Haseena

Shraddha kapoor real time brother Siddhanth Kapoor is playing a role of her brother Dawood Ibrahimm, the inspector role in the movie is played by Sharman Joshi and Ankur Bhatia as her Husband.

Haseena: the Queen of Mumbai is a Bio pic of Dawood Ibrahmin’s sister Haseena Parker, Shraddha role in this movie will be a showcase of the life Haseena from the age 17 to 40.

A which his a Apoorva Lakhia film produced by Nahid Khan, and Swiss Entertainment. Shraddha kappor playing the lead role in the film as in an as role of Haseena, and Siddhanth Kapoor, Sharmin Joshi, Ankur Bhatia.