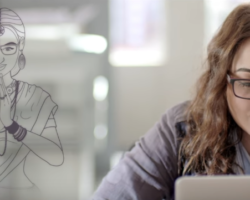 Sonakshi Sinha as Noor is an upcoming movie after the Force 2 which his directed by Sunhil Sippy and sonakshi sinha playing a lead role in this movie in an in and as role of Noor as a Journalist.

Noor is based on a pakistani author Saba Imtiaz’s Novel Karachi you are Killing me and follows a pakistani journalist and writer Noor played by sonakshi sinha misadventures and her love life as she find the way through Mumbai.

The expectations are high as this movie is from the makers of Airlift producers.

Noor trailer has been released by the makers last week on March 6th, in this trailer sonakshi sinha is seen playing a role of Journalist and she also appreciated and received a lot of attention in the role as a journalist.

Meet Sonakshi sinha as Noor and yes she is a journalist and more jhukkad and she always fumbles on floor, she hits with objects like chair while she walks and that’s her life.

Sonakshi sinja as Noor has all her modes on like partymode on times and followed by her hangoverpart as well which is epic hangover and she always have a weight issuse #Weightissueson and always struggles wearing a jeans and she hates her life like this issuesmode on in her life.

Noor has his ownpeople #Mypeople in her life with a old man in her house, and a cat which Sonakshi sinha scaring the cat and cat runs away making meaow. She had a Gymtime and gymlife also in her life where also she behaves stragely and funnily walking on a trademill and suddenly she takes phone from her side by while dong treadmill in gym and falls again like she falls in her house while walk and this time on Treadmill at gym.

As a journalist she was not given a leave but she was sent to cover the news at film city of Sunny leone as its her birthday and she gets irritated and no love life.

Change of Noor from Savitri to Sati Savitri: Naughty Savitri:

After all the fumbling life ups and downs being like a savatri and now Noor decides to change her life as being savitri to tedi Savitri naughty Savitri and she starts living her life and enjoys her life in partying and being naughty and cracks few funny jokes like old rum part she says every one of my friend calls me rum-ta-jogi.

in a hip hop mode with energy beats which is very good to hear and sonakshi adds good moves in the song which is seen in the trailer.

Noor Finds Her Story And She Will Expose:

Suddenly everything changes as one incident happens in her life as one day it happens to be a Day of Noor as she is in a sati savitri role changing her life.

As he finds her story and she is going to expose Change of Noor changes her life and she starts hunting some one in the trailer asking for showing a photograph and now it’s a role of Noor to be seen as a Journalist and she is seen desperately trying to expose few things which will be seen after the release of the movie how Noor did that.

Sonakshi sinha playing in and as role of Noor, Karan Gill as Saed Sehgal, Shibani Dandekar as Zara Patel, Purab Kohli as Ayan, Sunny leone as Herself playing a cameo in this movie. Expectations are high as in this movie Sonakshi will be playing a role of a journalist as she already grabbed enough attention of audience by her role which is seen in the trailer.

Noor movie is scheduled to release on 21st of April 2017.