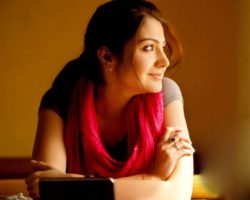 Debut Heriones: They Say Acting is a Gift But what if you are gifted a superstar as co-actor for your first film.

careers of actresses like preity zinta , Shipa shetty, Deepika padukone , and Anushka Sharma took a whole new turn after they are starred with a superstar opposite to Shah Rukh Khan King Khan of Bollywood in their Debut Films

Infact when Anushka Sharma in her Debut Film Rab ne Bana DI Jodi when she got shortlisted she took her audition very lightly since she had absolutely no clue that she will be playing a role opposite to shahrukh khan in a yash raj film.

Anushka Sharma Says : I havent told that this is Rab ne Bana Di jodi which will be directed by Aditya Chopra and nothing. I had No knowledge whatsover.

After hearing the news that she will be staring opposite to Shah rukh khan and directed by Aditya Chopra and she came to know that her life is gonna change.