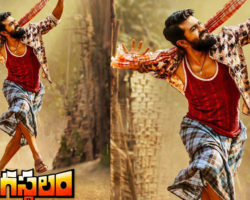 Ram charan with his dedication as the remarkable and terrific actor and a producer as hardworking man. Rangasthalam first look which is charming with mega power star ram charan which is scheduled to release on march 30 3018 a worldwide release.